Makmak is a big monkey who is always asking for banana donations. He wears a red cap with a green shirt and sash with red sandals, and holds a banana donation box with him. He has red-brown fur and white skin.

Want to do a good deed for those less fortunate? You've come to the right monkey. Makmak is a kind monkey who wants to do the same. Not only does he have a big appetite, he makes sure the bananas are nice and fresh for charity.

“Makmak works collecting bananas for charity. He does it because he has a kind heart, and a big appetite. Makmak makes sure charity begins at home and always makes sure the bananas are fresh.” 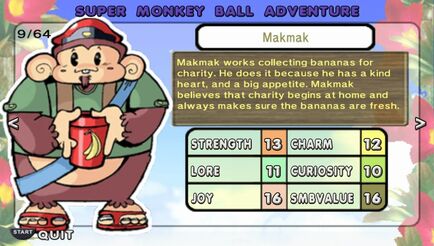 Makmak has average stats, but he does have good values in Joy and SMB Value. 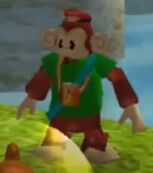 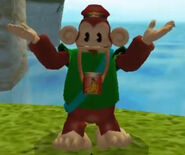 Talking to him fixes the issue.
Community content is available under CC-BY-SA unless otherwise noted.
Advertisement